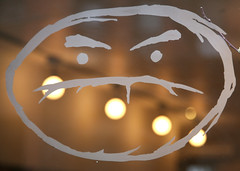 Not too often but, every once in a while, a company will send a cease-and-desist letter to a netizen it finds, well, pesky. These are typically attempts at control and intimidation in an environment where the most one can reasonably strive for is to influence an outcome. These letters quickly get posted, passed around, and become targets of richly deserved ridicule.

Nevertheless, there are instances where taking such action is justified. OnTechnologyLaw gives a five-point test to at least help ridicule-proof a C&D. Philosophically, their approach is very sound:

A kinder, gentler approach is almost always better – not least because the cease-and-desist letter might someday be read by a judge, by jurors, and/or by journalists and bloggers.

Increasingly, lawsuits play out in the public arena, so it's also worth looping in the PR/messaging folks at the early stages (i.e., before you send the letter). If the recipient posts your letter and mockery ensues, you probably skipped one of the steps outlined in the post, but in any event, it would be helpful to have something articulating your rationale and position already out there or ready to go.

I was once the recipient of the threat of a cease-and-desist letter. I didn't really see the humor at the time, but I now kind of liken it to when I was in First Grade and just threatening to give someone the finger (GASP!) was enough to earn you detention. Nowadays, that 2005 incident continues to be a private joke between me and a longtime correspondent of mine. (It was my online answer to his question that sparked the almost-C&D from the interested party.)