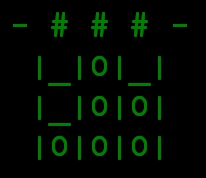 Anyone who has followed my work for five minutes knows that I'm a huge proponent of open source technologies and, more specifically, the philosophies that drive this important movement.

This Sunday, I will be delivering my talk "Hacking Public Relations" at the PRSA International Conference in Philadelphia. There's a preview over at the Edelman Digital site:

Everyone can agree that the complexity involved in public relations and marketing has skyrocketed in the past decade. The question is “How do we address this?” and “What can we learn from communities who have done so?” I believe that looking to open-source and hacker communities gives us the answer.

You can also read the full text after the jump.

This Sunday, I have the great privilege of delivering a talk at the PRSA International Conference that reflects both a personal and professional passion of mine. It is entitled “Hacking Public Relations: How Understanding and Embracing Open-Source and Hacker Culture Is Critical to PR’s Future.”

For the purposes of this talk, “open source” is defined as a set of values and processes whereby a system is open to examination and any modifications are shared. “Hacker,” in the ethical and non-pejorative sense, refers to someone with a passion for learning how a system works as well as relentlessly improving it.

There are at least five imperatives that drive the need for the public relations community to adopt these important precepts. I will be detailing them during my talk on Sunday.

The “operating system” (OS) of PR exists in a semi-proprietary form across various companies, agencies and practitioners. For those outside of the trade and the mediasphere in general, relatively few currently know how this OS really works, why it exists, why it’s important or what it is actually capable of doing.

That said, the source code for the PR operating system’s various “features” and “subsystems” have been leaking onto the Internet for some time. This hasn’t been due to a dramatic Wikileaks- or Edward-Snowden-style unveiling (which, make no mistake, is bound to happen eventually), but a slow reveal over time. For example, think about the many ways pitches—certainly a core feature in PR’s OS—have been examined in public and, when maladroit, mercilessly criticized. This is to say nothing of the subsystems for crisis management or Wikipedia engagement.

2. Open-Source Values and Practices the Same Things the PR Industry Ought To

Openness, transparency, accessibility… We frequently see calls from both within and outside the public relations industry to adopt these principles—principles that map very closely to what open-source communities and hackers value. While it’s presently naïve to think that more than a small number of companies will go so far as to, say, lay their product-design or engineering plans out there for the world (and competitors) to see, I do believe that there is still a lot of room for companies to make people participants in their processes, rather than simply the recipients of them. Opening, fostering and maintaining this necessary dialogue is PR’s mandate.

3. Open-Source Is a Proven Way to Deal With Complexity

Everyone can agree that the complexity involved in public relations and marketing has skyrocketed in the past decade. The question is “How do we address this?” and “What can we learn from communities who have done so?” I believe that looking to open-source and hacker communities gives us the answer.

The open-source Linux operating system comprises 15 million lines of code. It takes thousands of volunteers committing more than seven changes every hour to make it work. This is to say nothing of the volunteers who test, document, translate and evangelize the operating system. Sometimes these volunteers severely irritate the project’s founder, and some would maybe even hurt each other if they ever actually met. For all of that potential chaos, however, this operating system powers 476 of the top 500 best-performing supercomputers out there, as well as countless embedded devices.

Wikipedia is another topic about which I’m very fond. This massively collaborative online encyclopedia has 29 million articles in more than 240 languages, built by about 1.7 million volunteers (and bots) who have each made at least 10 edits. On one hand, it’s difficult to imagine how it hasn’t completely flown apart. On the other, only through an open-source ethos can something like Wikipedia even exist.

I don’t pretend to have all of the answers here, but looking at these examples is extremely instructive in terms of looking at how we address PR’s own complexity issues.

4. Open-Source and Hacker Mores Are Compatible With Increasingly Hierarchy-Averse Audiences

One aspect of the Edelman Trust Barometer that I’ve found interesting is that people (both the general publics that the Barometer now polls and the media-attentive elites it has always looked at) maintain a particularly strong aversion to hierarchy. Last year, CEOs and government officials rounded out the bottom of this annual trust study, whereas “a person like yourself” has continued to rise and is now among the top three most credible company spokespeople. The top two over the past two years: academics (or otherwise subject-matter experts) and technical experts within companies.

But aren’t even these people at the top of a “hierarchy” of sorts? Not necessarily. Just like in open-source and hacker communities, these are people who command respect and because 1) they have close-to-the-data knowledge, and 2) they are typically very open about sharing it. So, it’s not so much that they’re “at the top,” but that they earn respect through expertise and access.

5. PR Must Prove Its Value to Online Communities or It Will Be Treated as a Software Bug or Network Damage

Open-source projects come together and draw volunteers because groups of people find shared, mutual value in doing so. If you have an itch to scratch, someone else probably has that very same itch and is willing to help. In a recent post on my blog where I warn people to approach content marketing thoughtfully, I urge the public relations industry to seek that mutual value, lest it be viewed as a system “bug” to be fixed or ignored. “If PR inspires people to build something that does to PR what TiVo was supposed to do to television advertising, we'll know (perhaps too late) that we failed.” To survive as a discipline, we must remain thoughtful, transparent and valued members of communities, rather than just merely entities tasked with influencing them.

What to do in such an environment? My talk will offer several remedies for consideration. In the meantime, sound off with your comments on this post.

Posted by Phil Gomes on Friday, October 25, 2013 in Edelman, Open Source, State of the Profession | Permalink