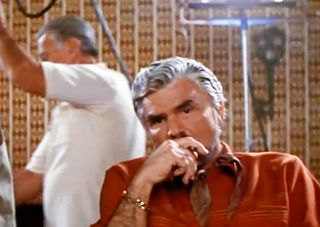 One afternoon as an undergrad at Saint Mary’s College of California, I was racing to the campus radio station where I was running late for my afternoon air-shift. As I turned the corner, I overheard the wonderful Brother Ray Berta (RIP) regaling one student with his latest big idea at the intersection of mass media and culture. Brother Ray was not a quiet man (a distinct advantage for a speech professor, I imagine) and so I managed to hear some of his conversation even in my haste.

Okay... It was an odd statement coming from a Christian Brother.

A couple of weeks later, I asked Brother Ray what he was talking about that afternoon. It turns out he was specifically referring to talk shows like Jerry Springer’s, Maury Povich’s, and others of that ilk. Such programs encouraged people to put on display some of the more unusual, shocking and often even depraved aspects of American life, usually set up for maximum dramatic effect. With such intimate, awkward and sometimes obscene ugliness willingly offered by the shows’ guests every day over broadcast networks, he argued, any content depicting naked people having sex probably wasn’t that big a deal anymore.

This was the early 1990s, when most of the campus’ Internet connectivity was served by a single ISDN line. (It stood for “Integrated Services Digital Network” or, during peak periods, “It Still Does Nothing.”) Unless ASCII art delivered at 4,800bps was a turn-on (or you were incredibly patient), you weren’t going to get a whole lot of the “old” but USENET certainly offered plenty of evidence of the “new” even then.

The Internet is presently abuzz with news of Internet-company PR director Justine Sacco—employed in the one occupation that ought to know better—who dropped an incredibly offensive tweet on all of us before heading out on a transcontinental flight to Africa. Last fall, given the recent news of a book deal, I found myself reviewing the now-famous case of Rebecca Martinson, sorority girl whose lengthy and foul admonition of her “sisters” went viral online (as did her also quite offensive Twitter posts, now deleted-yet-preserved).

Taken together, I can’t help but revisit Brother Ray’s thesis and wonder whether we’ve long ago entered the age of what he might have called The New, New Pornography.

The New, New Pornography is still about souls. It just comes at us at higher velocity from more directions (thanks to the social Web), and is frozen in a kind of digital amber (thanks to search). Further, we are simultaneously the “audience” and “bookers” of this show that is custom-fed into our browsers, based on our own interests, desires, and connections.

I’m certainly not a prude by any means. I found the FCC’s crusade against Janet Jackson’s bosom many times more offensive than the “wardrobe malfunction” itself, to say nothing of the cynical self-expansion of its mandate. (The expansion of the FCC’s mandate, that is, not the bosom’s.) In truth, the Internet is not the gleaming and relatively sanitized place that far too many marketers, communicators, and trade/business mags make it out to be. I wholeheartedly accept this as a fair trade for the nearly unfettered access to vast amounts of information, insight, and entertainment that I enjoy thanks to one of the most open communications platforms yet devised.

But, I’ll admit… There’s some meretricious entertainment value in watching the fallout from Sacco’s original tweet, taking in the vast amounts of righteous indignation, making fun of the really haphazard  “real-time marketing” attempts (and apologies for same), and waiting (just waiting) for the object of all of this fuss to land at her destination. Then there’s the Martinson case: the ranty email, the deleted tweets, the dramatic readings, and all of the attention they received (including a rather interesting job offer). All of this most certainly caught my attention and distracted me for a spell.

I imagine that we, dear reader, consume a lot of the same sources online and these stories crossed your field of vision multiple times too. In the context of the New, New Pornography (from skin to souls, delivered at high speed from multiple directions), it’s actually kind of tough to look down your nose at the skeezy dude that Google Street-level caught walking into the adult film store. You could, sure, but it’s kind of like the alcoholic telling the heroin addict that at least his vice enjoys a less-stigmatized status.

Face it… The new, new pornographer: It’s you. It’s us.