PR Must Lose Its Reliance on Hierarchy 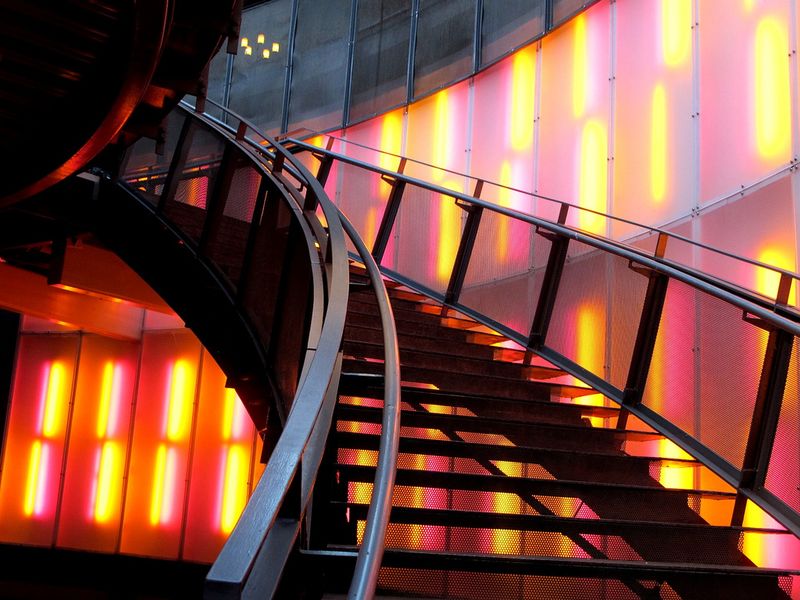 (To catch up, check out my previous pieces “Blockchain, Inc.” and “The Future of Trust is Decentralization.”)

I have been in the public relations field for nearly two decades. In retrospect, I’ve noticed that the most notable milestones during that time have had less to do with the evolution of the trade but, rather, moments that mark its sclerotic resistance to same. Most often, the problem lies with our industry’s reluctance to let go of comfortable, familiar hierarchies.

What does this mean? Changes in how programs and platforms use the Internet mean that, sooner than we think, meaningful hierarchies that communications professionals can reliably appeal to will be rare. Companies whose success in communications and reputation management largely depends on mastering those hierarchies will find themselves somewhat adrift.

By way of example, here are some representative, on-the-ground, quasi-hypothetical stories that describe three mini-epochs in our trade during that time:

Late 1990s: Executive suite calls, freaking out about a story on the website for The Chicago Herald-Investigator-Review-Argus-Gazette. PR person contacts reporter. Mutual stubbornness escalates the issue to the associate editor who, in turn, brings the issue to a managing editor and editor-in-chief. Factual errors are corrected and (far less often) perceived undue weight or misunderstandings of context are addressed. Executive suite says something like, “Well, thank God! It least it wasn’t in the print edition!”

Early-to-Mid-2000s: Product manager calls, freaking out about commenters in a blog post on WayTooMuchTech.Com. The tone of some of the comments is abusive and even involve potential invasions of an employee’s privacy. Many of these are from known trolls. PR person talks to blogger who, understanding the impact of these trolls, bans them and hides their comments. It’s a good thing, too -- what if the blogger agreed with the trolls? How would you address it?

Late-2000s-to-Early-2010s: Chief-of-Staff calls, freaking out about the Wikipedia article about the company’s CEO. PR person (who keeps up with such things) encourages discussion with Wikipedia volunteers. Chief-of-Staff asks “Can’t you just call Jimmy Wales?” PR person says it doesn’t work that way since Wales, though a co-founder, does not wield that many more privileges on the system than the average user and, besides, concerns himself with many other things these days. “How about donating to the Wikimedia Foundation?” No. And, so, Talk-page discussions with Wikipedia volunteer editors and admins ensue. Article gets adjusted closer to neutral (if slightly, and with any luck) after some amount of debate, discussion, Kafka-esque rule-quoting, and strong suspicion of motive.

See what’s happening? At each step, the hierarchies that the company representative could appeal to in order to ensure representation of the company’s point of view have flattened. Every single time, the public relations industry has exhibited rather public and highly embarrassing teething issues.

This particular pendulum isn’t going to swing back. In fact, it has a lot further yet to go. Take a look at how engineer Paul Baran (1926 - 2011) described the progressive topography of networks: 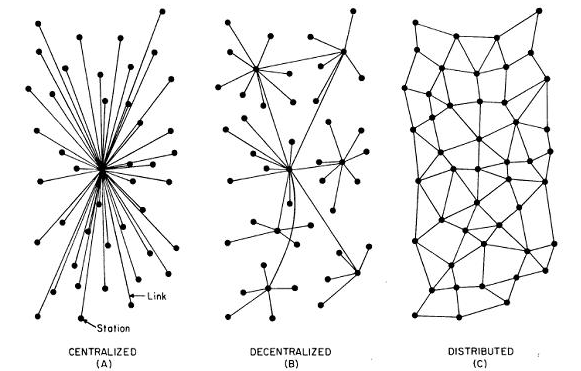 As described in the three stories above, the evolutionary path that our industry has had trouble navigating is the seemingly simple one of moving from centralized to decentralized environments. Now, decentralized is flattening further to distributed, as we see with concepts like Bitcoin (for currency), OpenBazaar (commerce), Augur (prediction markets), Bitnation (DIY governance) and Ethereum (smart contracts and, perhaps at some point, a lot more).

Think this has nothing to do with public relations or media? The recent set of dustups at Reddit are instructive, particularly regarding the controversial dismissal of its popular communications director. This resulted in administrators and moderators shutting down entire sections of the site in protest.

There’s a chance that the answer to the struggle that Reddit is going through will also answer this question. It may be that there is no viable middle ground between a centrally controlled media platform and an entirely decentralized media platform. You are either going to police the site or you are going to build something that cannot be policed even if you want to.

Is your organization prepared for such an environment? Is your team? Are your executives sufficiently briefed on the realities of a reputation environment where you probably can’t buy, sue, or “cute” your way to success?

As to what it may take to succeed as we move from decentralized to distributed influence environments, here are a few initial recommendations:

As you can tell from this essay and my previous writings, I am unapologetic in my enthusiasm for the emergence of truly distributed environments, and passionate about exploring what this means for public relations. In the next few years, we will know as a trade whether our industry’s talk and reassurances about its ability to innovate and adapt was a sincere call-to-action or just, well, spin.