Why I’m Focusing on Blockchain Applications for PR 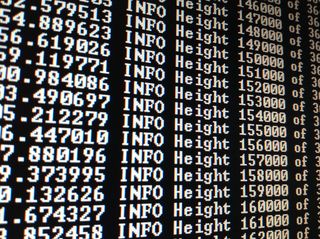 I Suspect That Public Relations Largely Dismisses Blockchain Technology Because of Its Strong Association with Bitcoin. This is a Mistake.

In 2000 or so, I was introduced to the concept of the “weblog” by Dan Gillmor, then a columnist at the San Jose Mercury News. A new world opened up to me at a time when I was looking at my day-to-day work as a PR person in Silicon Valley and asking “Is this all there is?” In August 2001, I started blogging and writing about these and other developments. The rest of the story should be familiar to most of the people who read this; for everyone else, there’s LinkedIn. Suffice to say, it’s been an amazing time to be in this line of work.

Of course, a lot of innovation on the social web has happened since, to say nothing of the new and different ways companies continue to adapt, leverage, and at times struggle with it. However, granting at least one notable exception, very little has affected me in quite the way that my first personal discoveries of the social web did nearly a decade-and-a-half ago.

This is changing. As I continue to observe and engage with the community that is exploring blockchain-based concepts, I find this kernel of inspiration germinating once again. The signals are impossible to ignore and the possibilities for communications and community engagement are far too compelling.

Certainly, there are a lot of the usual signs:

All of this should be familiar territory: We saw it to roughly the same degree (though with considerably lower stakes) in the 2000s as the social web was coalescing.

So, why do I feel compelled to do explore blockchain applications for corporate communications now? There are five principal reasons:

So what am I doing? At this early stage, I am:

Watch this space. I’m only going to be writing about this more often.

Posted by Phil Gomes on Tuesday, October 27, 2015 in Bitcoin and Blockchain | Permalink