Using the Blockchain and Smart Contracts for CSR 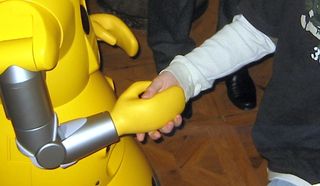 (Sergey Nazarov, CEO and Co-Founder of SmartContract, contributed knowledge and insight to this post. Also available on LinkedIn.)

In public relations circles, corporate social responsibility (CSR) is often discussed in the narrow context of a communications discipline. However, its messages obviously ring hollow when they are not supported by action and accountability.

So, what if both the action and accountability were put in code, were made more or less automatic, and produced open, reliable, and indelible reporting? With the right company and no small amount of will, this is possible today--what some have called “code as law” rather than “code of law.”

As I’ve written in earlier posts, the promise for the blockchain or similar “cryptoledger” technologies is immense, stretching well beyond the maintenance of the highly distributed general ledger for cryptocurrencies like Bitcoin. I’ve lately been fascinated by the concept of so-called “smart contracts” (a digitized promise, in effect) and, in particular, how they might form a uniquely powerful foundation of hyper-transparent CSR.

The term “smart contracts” describes a distributed application that lives on a blockchain and can automate a business process. Thanks to the combination of peer-to-peer technology and open source, such a promise is public, survivable, and available for inspection. In other words, it’s the perfect platform for not only CSR communication but the actual activation and reporting of the entire CSR program’s initiatives.

By way of example, consider the following contract logic:

The first condition establishes a minimum level of company performance that would trigger the special dividend. (Let’s not discount the value of profit and generating lots of it. A company must be able to invest in itself to survive.) The second condition establishes that a socially responsible goal has been achieved during the reporting period. The final condition is optional, but is intended to reward long-term investors who, in addition to seeking a return, supplied early capital by purchasing shares based on the promise of socially responsible investing.

Once the company and the NGO digitally “sign” the contract after the conditions are met for the quarter, the dividend is distributed automatically. For the sake of dispute resolution, one might even consider the additional condition of a third party’s signature (like an auditor’s), with the dividend triggered when at least two out of the three parties agree that the terms have been fulfilled. (Three parties should be enough to mitigate potential collusion for this particular contract, but could be a topic upon which reasonable folks might disagree. More parties could be added, of course.)

Why would a company do such a thing? To some degree, it’s an acceptance of the inevitable. As it becomes increasingly obvious that regulators cannot address the Internet Age with tools forged during the Great Depression, stakeholders may demand that the promise of self-regulation take the form of smart contracts. This approach also offers efficiency: Once set, the legal and accounting overhead required to run the smart contract is minimal if all parties agree to the dispute resolution mechanism.

Another point to consider: Tell shareholders that they won’t be getting their special dividend that quarter, and you have a very powerful group--above and beyond fair-trade activists--that will start asking a lot of questions about both social responsibility and managerial effectiveness. Such questions would include:

The large upside of executing CSR agreements in the blockchain as described here is that everyone gets a highly trustworthy proof of performance, since the resources required to hack or corrupt a sufficiently well-supported blockchain are extreme. (It would take many times the combined computing power of the top 500 supercomputers to undo the Bitcoin blockchain, for example.) Companies that engage in CSR initiatives in this provable way can point to more than promises and vague numbers--they would have a clear and easily verifiable track record. They could show their investors, partners, regulators, employees and even customers conclusive proof of their commitment, in a format that all those parties would trust. This approach would make the impact of every CSR initiative far more meaningful.

Posted by Phil Gomes on Thursday, October 15, 2015 in Bitcoin and Blockchain | Permalink