« Why I’m Focusing on Blockchain Applications for PR | Main | My Explorations of Blockchain Technology, One Year In »

(A version of this piece appeared on LinkedIn.)

One of the trends that I have been following involves how emerging social network experiments are applying economic models to determine how to surface and present user-generated content.

Here the term "economic" is very different from merely "money changing hands for paid amplification." At its very bottom, economics is the science of the choices you make and how you manage scarcity. In this instance, the scarce goods are 1) meaningful participation in a social network and 2) attention. Today, I'll offer three such ideas. 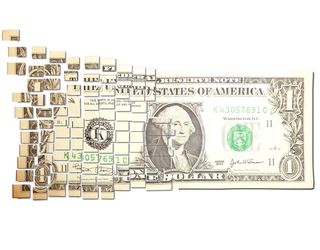 Standing for "Decentralize All The Things," this is a project from Ryan X. Charles, a former Reddit employee who was originally hired to figure out Reddit's cryptocurrency strategy. It turns out that Reddit didn't need a cryptocurrency strategy as much as it perhaps thought it did, so out went Charles and the DATT concept was born.

It was particularly good timing that all of this happened amid widespread dissatisfaction with Reddit's posture toward transparency and censorship. Charles imagines DATT as fully peer-to-peer, such that it would be difficult to censor content if someone--even DATT's developers--wanted to do so. Most interestingly, instead of merely "upvoting" content that you like, you would have to put your money where your mouse-clicks are... with small micro-fractions of bitcoin. (Keep in mind that, as of this writing, one bitcoin is worth US$370 and the minimum transferable unit is a "satoshi" or US$0.00000370.)

Obviously, it's easy to simply upvote something and even inspire some sizable number of like-button-minded people to do the same. Far fewer would pay money--even a tiny amount--to join such a mini-crusade. This makes for a higher-quality experience for everyone, in much the same way that prediction markets tend to match and eventually outperform polling.

DATT is presently at the proof-of-concept stage and Charles is "seeking to find a technical co-founder who understands blockchain and web technologies."

Based in Argentina, the 75-million-member Taringa! social network shares its ad revenue with its top content-creating members. Each participant in the Taringa! Creadores program receives a bitcoin wallet from Xapo, where the money is transferred and the creators can buy from bitcoin-accepting merchants, exchange it for traditional currency, or tip other users on the site.

In the first six months of the invite-only program, the site distributed $76,000 worth of bitcoin, with one participant receiving $2,000. Not surprisingly, Taringa! Creadores has had a strong effect on the site's growth while, according to Taringa!, keeping the quality of the content high.

One would imagine that any social network endorsed by the hacktivist collective Anonymous would have to be open-source, encrypted end-to-end, and fully dedicated to privacy. Minds is one such network.

But what really makes it interesting is its economic model. From the site: "You earn a digital currency of points for every vote, comment, upload and share which can be exchanged directly for views on your content. ... These points can either be exchanged with Minds or directly p2p with other users in exchange for shares." Of course, points can be purchased as well.

So what does this all tell us?

Much of what we find valuable on the web has been built on the backs of unpaid volunteers, such as Wikipedia editors or the moderators of your favorite subreddit. Others are willing, consciously or otherwise, to give away personal data in order to access a useful service like Facebook. The various species of a "third way" as described above show that it could be easy and mutually beneficial for Internet users to accept greater control over their digital lives and truly be economic partners in the platforms that their attention helps build. The frictionless nature of cryptocurrency payments makes this possible in ways that more intermediary-reliant methods simply cannot.

Also, in addition to earning one's access to a social media site via quality participation, Internet users might be able to supplement this personal fund by doing almost nothing at all. Innovations like the 21 computer might mean that media consumers might mine small amounts of their own bitcoin just to help support their media consumption habits, again, in a frictionless manner.

The mainstream media has certainly learned volumes from social media in terms of how people seek out and share information. This new class of social networks, if even modestly successful, could show them a thing or two about monetizing content as well.