My Explorations of Blockchain Technology, One Year In 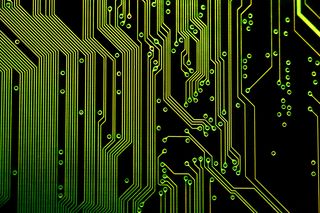 (Versions of this piece originally ran on Medium and LinkedIn.)

As I set out to write what has become the first draft of my industry’s explorations of this topic, I thought it best to do my thinking in public; Cunningham’s Law suggests a powerful, if humbling, paradigm for progress. Looking over the various pieces I’ve written, this anniversary marks a good opportunity to look at what I got right, what I got wrong, and what still shows some great promise.

“The Future of Trust is Decentralization”

Since 2012, the [Edelman annual Trust Barometer survey] has pointed to “A Person Like Yourself” as among the most trusted individuals. Now, perhaps a new line of inquiry could be exploring the degree to which one might trust “Vast Numbers of People You Don’t Even Know and Might Even Hate If You Actually Met, United by Peer-to-Peer Technology.”

This is the first time I started bringing cryptocurrency concepts into my writing. I also think that the article’s relationship to my employer’s renowned Trust Barometer study was not all that far-fetched, though I don’t anticipate Edelman will be asking future survey subjects about their trust in blockchains any time soon.

Writing is the art of compression and, well, the description of how the bitcoin blockchain is maintained is mostly accurate… I guess.

A blockchain is a type of highly distributed transaction ledger that is (in the case of one such currency) maintained, verified and replicated through more than a thousand nodes across the global Internet as of this writing.

The “one such currency” wiggle language is due to a sensitivity that people back then (and now) link bitcoin to illegal activity. This doesn’t bother me as much as it once did and I probably made it too much of an issue then. This was a case of the PR guy suddenly asserting a bit too much control over the technology-and-open-source evangelist. When it came to exploring blockchain technology, it didn’t happen again.

Public relations certainly had its teething issues while dealing with the advent of the Internet and, later, the social Web. Getting it to understand this highly transparent, massively distributed environment—and the movement that inspires it—will be full-on jaw surgery.

I think I quoted people accurately. And the teething-to-jaw-surgery line was kind of cool. Maybe.

Yes, I just damned myself with faint praise above. This is the one I wish I could just kind of scrap and/or rewrite. I conflated way too many ideas here, such as the notion of a distributed anonymous organization (DAO) and the far simpler ideas of company incorporation, notary, and that sort of thing. I should have just stuck with discussing the DAO concept.

It’s also nearly a third pullquotes. It’s like my Diver Down, the controversial Van Halen album that featured way more than its fair share of cover tunes.

“PR Must Lose Its Reliance on Hierarchy”

The evolutionary path that our industry has had trouble navigating is the seemingly simple one of moving from centralized todecentralized environments. Now, decentralized is flattening further to distributed, as we see with concepts like Bitcoin (for currency), OpenBazaar (commerce), Augur (prediction markets), Bitnation (DIY governance) and Ethereum (smart contracts and, perhaps at some point, a lot more).

Having perhaps instinctively figured out that I swung-and-missed in the previous piece, I focused on what I actually know well—public relations and its tendency to comfort itself in understanding influence hierarchies. This is a common thread across all of my work, now going back twenty years.

Here, I managed to introduce people to core blockchain concepts, without actually throwing the term “blockchain” at the uninitiated until I referenced Fred Wilson of Union Square Ventures. This is a feature, rather than a bug, I think. The PR industry as a whole rarely accepts new concepts quickly or willingly until the merely possible becomes the well-past-inevitable. Here, the reader is eased more gracefully into the idea.

That said, the link between “blockchain” and “decentralization” could have been explained a lot better, given the intended audience (PR professionals) who aren’t quite immersed in the concept. It kind of reads like “You think this is a far out idea? Just look at what Fred Wilson has to say!” In other words, the ending is a little too on-the-nose. I should have made that transition cleaner, even though the link to Reddit’s troubles at the time were necessary both in terms of timeliness and the audience’s frame of reference.

“Using the Blockchain and Smart Contracts for CSR”

As it becomes increasingly obvious that regulators cannot address the Internet Age with tools forged during the Great Depression, stakeholders may demand that the promise of self-regulation take the form of smart contracts.

Whatever I got right here was wholly due to the selection of my collaborator,Sergey Nazarov of SmartContract.Com, who generously helped me stress-test the idea of digital contracts for corporate social responsibility. His contributions to the final paragraph, for example, get right to the point and summarize the thesis beautifully: "Companies that engage in CSR initiatives in this provable way can point to more than promises and vague numbers—they would have a clear and easily verifiable track record. They could show their investors, partners, regulators, employees and even customers conclusive proof of their commitment, in a format that all those parties would trust."

Well, first off, there was some discussion between Sergey and I after the fact as to whether to post on Medium. Fixing that now, I suppose.

I still don’t think I quite nailed a company’s motivations for CSR-related smart contracts, here. That’s really on me since that topic falls into my field, not Sergey’s.

Imagining companies participating in something like this any time soon kind of reminds me of showing up to a meeting of a standards body on the first day and listening to all participants start with “Okay, you first…” at the same time.

That said, if companies are truly serious about self-regulation and the business-event records recorded on the blockchain can be assured by a quantity and quality of parties that stakeholders accept, then the McLuhanesque medium and message are both extremely powerful. All of the pieces are available today; it just takes a company with passionate stakeholders and a considerable amount of institutional will.

“Why I’m Focusing on Blockchain Applications for PR”

PR needs to figure out how to deal with hierarchy-averse environments—quickly. Far too many in our trade don’t know what to do with a media property that doesn’t have an editor-in-chief or a mailing address. So, imagine what happens when a reputation-significant online source or service exists merely as highly distributed software, perhaps even outside the control of its creators. That’s the world I want to be prepared for and help others to do the same.

At this point, I needed to write a concrete statement of purpose and ask the question “Why does all this even matter?”

Of all of the pieces written, it was the most widely read, by a factor of two or three. I attribute this to two factors:

To that last point, the folks behind Proof-of-Existence were very helpful in terms of letting me know what was possible (or, once executed, searchable) once I notarized the PDF of the piece on the bitcoin blockchain. Showing what was easily possible today without having to build something was essential to making the case.

This is now on all of us in the communications marketing industry. We’re now presented with a new way of looking at the Internet and it’s one that most people in our profession are not going to be entirely comfortable with.

I say, “Get over it.” The stakes are now much higher than when we were infected with the childhood diseases of tilting up advertising billboards on Second Life islands and promoting ideas like (I grit my teeth as I write this) “the social media press release.” As I subtitled the third article listed above, “a truly peer-to-peer online environment will test how good we really are at what we do.” I welcome the challenge and embrace its possibilities. So should you.

In closing, I’d like to acknowledge some folks who have inspired me while writing the above articles, and whose work continues to reassure me that I’m not completely nuts:

Looking forward to the next year.

Posted by Phil Gomes on Thursday, February 18, 2016 in Bitcoin and Blockchain | Permalink