« My Explorations of Blockchain Technology, One Year In | Main | Blockchain: Securing the Narrative » 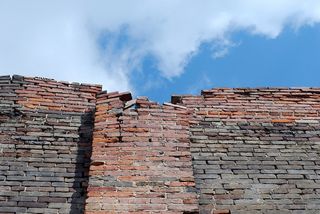 So, I suppose this was inevitable. The mainstream press, joined by the odd technology publication that really ought to know better, has been quick to chronicle the impending death of bitcoin with an odd level of told-ya-so triumphalism. With it, you have plenty of FUD around blockchain technology or even the distributed ledger concept itself.

The triggering event for this latest sustained wave of negativism (and we have seen a few) started when noted bitcoin developer Mike Hearn gave his rage-quit to The New York Times as an exclusive, rather than just posting it to Medium like it seems everyone else is supposed to do these days. The article was brilliantly timed for maximum effect alongside a Brookings Institute panel on distributed ledger technology, where Hearn’s new bosses at the R3 consortium made absolutely sure that everyone knew about the NYT piece.

Then, scaling issues that have resulted in protracted confirmation times for bitcoin transactions have further shaken the digerati’s faith in not only bitcoin, but the entire category of distributed ledgers and even the process of how open-source software gets made.

Noting my longtime interest in blockchain technology and my public encouragement of the PR industry to take this overall trend seriously, the emails and IMs have already started coming in. I can only guess as to the motivations, but they include notes like “Now what do you have to say about this?” or, perhaps channeling Jeff Bezos, simply “?”

So, let me outline three important things you should know about the the relative impact of the recent coverage over the past month or so.

“Bitcoin” is not “blockchain.”

Bitcoin may deservedly be the pre-emptive metaphor for blockchain technology, but it is by no means its only use case. Whether you’re deploying on a public blockchain, a permissioned one, or a hybrid of the two (there’s room for all approaches), there are plenty of ways to apply this technology—bitcoin was merely the first. Personally, I’ve been a big fan of the potential for Ethereum for some time now (long before its recent rally) as well as the exciting projects that it inspires.

This conflation is easy enough to do by accident, of course, but I also suspect that just as much of it is willful. There’s some media advantage to be had in reassuring people that fundamental changes in technology and society are just a fad and focusing on bitcoin’s issues is one way to try and dismiss blockchain concepts altogether. It’s an easy way to avoid addressing the issues at hand, while pretending to sound like “the adult in the room.” Hell, Paul Krugman has made a career out of it.

True peer-to-peer is the real trend.

In the rush to amplify and exaggerate bitcoin’s problems, people are less able or willing to grok these changes. This will be unfortunate, because the move to true peer-to-peer will survive any cryptocurrency and will likely require a blockchain as part of its software stack. For his part, Ryan X. Charles continues to stand behind bitcoin as the foundation for his DATT project and has an excellent argument for doing so.

Most folks are seeing the open-source sausage get made for the first time.

None of the drama surrounding bitcoin should come as a surprise to anyone who has paid even cursory attention to the open-source movement. If bitcoin’s troubles were your first introduction to how debates in this community take place, I apologize on behalf of open-source enthusiasts everywhere. I also say, “Welcome!”

You don’t have to follow open-source community closely to acknowledge that you rely on open-source software every day, from the supercomputer that crunched the aerodynamic profile of the car you drove to work to the smartphone you may be using to read this article. Given all of that, I wonder if minds would change if more people followed any of the mailings lists for, say, Linux kernel development. Such communities are infamous for their flamewars, rage-quits, code forks, and good ol’ take-my-ball-and-go-home pouting.

Say what you want about this reality of open-source, but take comfort that at least so much of it takes place out in the open. Part of the miracle of open-source is that it has every reason to fly itself apart yet still manages to produce some of the world’s most reliable and stable software.

Posted by Phil Gomes on Tuesday, April 05, 2016 in Bitcoin and Blockchain | Permalink