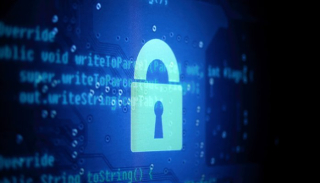 When I talk to people in the communications, marketing, and public relations fields about the relevant implications of blockchain technology, I ask them the question "What do you think you and your stakeholders could do with a single, permanent, shared and survivable version of digital truth?"

To be honest, this question scares nearly as many people as it excites, which is usually a very good sign of an imminent, important shift.

It then becomes necessary to connect the dots between cryptofinance and storytelling, the latter of which is a lot closer to communications professional’s skillset. This is not only essential for explaining the core concepts, but it helps someone open up to the communications possibilities for this technology and movement.

When Alice, with $15, gives $2 to Bob (with $5), his cash is raised to $7 while Alice’s is lowered to $13. Bob may now take $6 and buy a cheeseburger from Carol. Burger now in hand, Bob now has $1 remaining and, hopefully, a very full stomach until he somehow acquires more cash.

Financial transactions, even ones as simple as this, tell a story in which the beginning, middle, and end flow together to deliver an idea or evoke an emotion. Even a first-year MBA student should be able to look at an income statement or balance sheet, compare them to previous ones, and reverse-engineer some story about what happened to that company during the fiscal period in question. Was the company’s management more or less effective than its peers in spinning revenue out of assets? What could it mean when profit suffered from ballooning R&D expenses? Did larger inventory mean a failure of sales, or does it point to a cache of raw material amassed in shrewd preparation for anticipated orders?

Not Open, But Secure

Now, in typical practice, such financial narratives are “secured” (in this sense, meaning “recorded, agreed-upon, and made relatively immutable”) by third parties, which include corporations, banks, regulators, clearinghouses, industry groups, auditors, and so on. Frustratingly, some of these intertwined groups keep their own separate ledgersーtheir “versions of truth”ーand periodically reconcile or “settle” them. Most of the time, at least we hope, all of these parties serve as a check-and-balance on each other, which is why we’ve grown to rely on them despite the creakiness of the whole process.

In other words, these transactional narratives were achieved in a largely proprietary environment but, on balance, are pretty secure, at least in the sense that the parties involved have relatively high confidence that they know who gave what to whom, who holds how much, and for what period of time.

Open, But Not Secure

In the meantime, so much in digital media and communications, and the narratives told within, is almost infinitely malleable. When editors and publishers were no longer the gatekeepers to participating meaningfully in this ecosystem, we gained spectacular and vitally important levels of freedom while ascribing a bit less value to the perceived security that an established publishing brand provides. (A number of blogs and communities I follow, for example, have proven a bit more informative and reliable than some credentialed outlets, who sometimes appear to use such sites as tipsheets anyway.) This level of freedom has resulted in digital truth that is more or less negotiable, as anyone who has ever A/B-tested the handling of a current news item between Brietbart.Com (a right-wing news site) and ThinkProgress.Org (a leftward one) might experience.

Here, participation in the narrative is open and free (as in speech and, only a little less often, beer), however, it is not necessarily secure. If you have ever seen a published item on the web change over time (due to sinister intent, SEO jockeying, embarrassment over a mistake, or plain ol’ carelessness) you’ve witnessed this lack of security firsthand.

Then bitcoin came along, as well as the innovative blockchain technology that records these transactions, encasing them deeply in the digital amber of cryptography. This has, relatively speaking, introduced the world to the concept of digital permanence.

Given all that, it makes sense to approach blockchain technology as inherently astorytelling one, with one block inextricably linked to the next, forming a secure narrative that can be both open and secure.

What might communicators expect in such an environment? I don’t pretend to have the precise technical answer, but it seems that the critical components for secure digital storytelling are already in place. Since the curb separating blockchain technology and the future-state of the communications trade is eroding rapidly, I can make a few predictions:

Emerging Social Networking Concepts May Show the Way: Various distributed social network projects have emerged (e.g. Twister, Yours, Steemit), focused on blunting censorship attempts (even by network creators) and/or exploring alternative economic models. Blockchain-related projects like OpenReputation and its commercial component, The World Table, seek to create a quantified reputation system. All of this adds up to the idea of a Web that holds trust, reputation, and verifiability at its centerーwhere cryptocurrency concepts and effective communications intersect.

The Classic "Prisoner's Dilemma": One of the most exciting non-financial applications for blockchain technology is in the supply chain space (e.g., EverLedger, Provenance.Org, Chronicled, SKUchain, etc.). It's quite right to ask why a large enterprise would, say, willingly encode proof-of-provenance information on a blockchain (or anywhere) and, as a further step, maybe make some of that information highly available. I predict that, in two-to-four years, consumers' demands to know the story behind what they are buying/eating will get to the point where one major player in a group of companies within a high-profile industry is going to “blink.” Consumers will be made to care about the concept of digital permanence because it will be the only practical way to achieve this goal.

“Blockchain Technology Makes Consortia Cool Again”: Dynamo’s Santosh Sankar made this claim during the Distributed:Trade conference in St. Louis last month, and I believe him. To make up the brand-trust gap in the scenario above, competitors will either follow the first-mover or, perhaps more interestingly, propose a consortium. This is an incredibly powerful concept: Imagine if a group of industry participants, independent auditors, and even NGOs collectively maintained a distributed ledger that formed the basis for communicating some kind of social-responsibility-significant narrative. It seems to me that such a group can still get pretty far with consumers and other stakeholders while still stopping well short of divulging proprietary information.

This brings us to the last point...

Making Good on the Promise of Self-Regulation: In the U.S., as elsewhere, we run the country based on rules and statutes written to restrain early-20th-century robber barons captains of industry. When these regulations fail, even when they are poorly conceived by their authors in a “do-something” panic, the default remedy is typically more regulation by the same body of authors. While it’s a lot of fun to theorize whether a HealthSouth-, Enron-, Worldcom- or Satyam-level scandal could have been arrested early or even prevented had blockchain technology been in widespread use, the fact is that a blockchain-based approach helps move the concept of effective self-regulation from trade-association hobbyhorse to actual possibility.

Obviously, using a blockchain doesn’t auto-magically mitigate fraud any more than a corporate blog delivers “transparency.” It does, however, hold the possibility of making it economically or practically infeasible to commit fraud and lie to stakeholders. Really, doing so would be just way too much work, whether the tool to engage in malfeasance is brute computational force or a carefully crafted Russian nesting doll of falsehoods.

Storytelling is the communications trade’s mandate and purpose. Too often, we’re satisfied with telling stories that are, at best, ephemeralーa brand promotion here, a crisis response there. The advent of blockchain technology will (or, rather, should) force us to think in terms of longer horizons for “tomorrow” and far greater consequences for “now.”

Posted by Phil Gomes on Thursday, July 14, 2016 in Bitcoin and Blockchain | Permalink