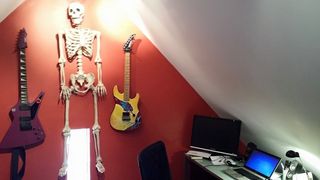 (Above: My home office. L-R: Korean-made Gibson Explorer knockoff purchased by my Dad for my fourteenth birthday in the basement of an athletic shoe store in Cascais, Portugal; Bobby Rattlehead in pre-Halloween storage; custom Peavey Tracer with rendering of the banned flyer from my college radio show)

I'm proud to say that, starting the week before Halloween, I will be delivering unto this world probably one of the scariest things imaginable:

In addition to my Edelman duties, I will be teaching an online master's-level course for Kent State about PR and digital communities.

Basically, this is the closest I've yet come in terms of building the kind of overview course on this topic that I've always had in my head. It will be an exploration of online communities in all of their "best, worst, and, above all, most vital forms" to quote Katie Hafner's wonderful story about The WELL. (A required reading in the first week.)

Rather than treating online communities as a relatively sanitized place that will enable you to sell lots of t-shirts, this will be an attempt to look at these communities in a way that marketers, leaders, reputation managers, and many other audiences can build upon and adapt as they like.

Seven weeks will certainly test the art of compression, during which time I will throw everything at my poor learners from state-of-the-art analyses to seventy-year-old treatises from Austrian economists.

Many thanks to Bill Sledzik at Kent State for reaching out to me, and to the university for allowing me a remarkable amount of latitude my first time out.

At EdelmanDigital.Com: The STEM Moment in a Post-Network Age

From the day job:

Last week, I had the pleasure of speaking at the annual summit for one of our clients, Project Lead the Way. PLTW is the nation’s leading provider of learning programs in Science, Technology, Engineering, and Mathematics (STEM), which not only includes K-12 curricula but professional development for teachers as well.

My talk focused on what I felt were five defining forces that make now a critical moment for STEM education. 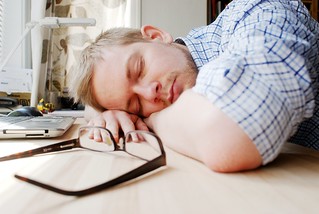 College is expensive. It's been the job-hunting license since the '70s or so. With tons of federal money flowing into higher education in the form of loans and grants, it is relatively unresponsive to competition and market forces. The universities get the cash, the student gets the debt.

But what if there was an alternative certification that could send a signal to an employer that a candidate is just as smart/educated/qualified as one that went through a four-year degree?

Recognizing that a GPA says more about a school's grading regime than the student's aptitude, a test meant to send such a signal is already available.

The Collegiate Learning Assessment Plus (CLA+) presented by the Council for Aid to Education, a non-profit organization, seeks to test the critical thinking skills of college students. This spring, more than U.S. 200 colleges and universities will administer the exam to measure graduating students' worth to prospective employers.

The CLA+ is available to anyone, whether the student completed a four-year college degree or just a few online courses, as it is designed to be a tool in the employment process. It costs $35.

I can personally say that my university education has been extremely valuable in terms of shaping my critical thinking, cultural literacy, and passion for continuous learning. Then again, there are plenty of folks who have all of those qualities in spades and had a non-traditional or wholly absent higher-ed experience.

This could be big. If standardized testing becomes the norm in higher education, little-known schools that truly educate their students could leapfrog over famous ones whose students coast once they’re safely in the door. Standardized testing could be a boon in particular to such organizations as edX, Udacity, and Coursera that offer massive open online courses (MOOCs). I recently gave a video interview regarding the themes in my contributions to that chapter. Here it is below. 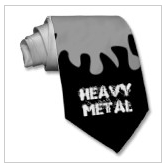 As some of you know, I'm pursuing my MBA degree by way of the executive program at Purdue University's Calumet campus. This after more than 15 years in public relations.

A few folks have asked me "Why?" Here's my way around an answer. (And, no, writing about my MBA plans during this whole Occupy Wall Street distraction isn't meant to be intentionally provocative.)

First, and to be perfectly frank, I miss school. I seem to do pretty well at keeping myself occupied and curious when it comes to learning new things, but it's often been a solitary or, when not, fleeting experience. This program is neither: Even at an accelerated pace, I will be committed nearly every Saturday between now and February 2013, to say nothing of the homework—about 8-15 hours/week worth. Fortunately, the class (about two-dozen folks) are all from varied backgrounds and bring different experiences. Within that, I've been fortunate enough to find four other classmates who all work well together in group projects, of which there will be plenty.

Second (and I'm just going to come out and say it) the professional accreditations available to public relations professionals* have very little meaning to business. The MBA denotes a level of knowledge and commitment that everyone in business understands and to which all participants can ascribe value. APR? ABC? Not so much. (I've seen job ads for senior PR folks that suggest or require that candidates hold an MBA, never any accreditation from the trade orgs.) That said, I have observed how independent practioners or those in smaller markets have used such accreditations to differentiate themselves to great effect.

(* Here I use the term "professional" as a noun somewhat loosely, since the term has moved from its proper denotation of "a job that requires specialized training, such as a doctor or lawyer" to a far looser connotation of "someone in a white-collar job who works really, really hard.")

In other words, in the absence of a board or "bar association" for public relations practitioners, the MBA is pretty much it. While I don't necessarily call for the "cartelization" in PR that professional licensing inevitably creates, I would think that, if it were to happen, having an MBA (on top of years of experience) is probably a good way to get grandfathered in.

Third, it occurred to me that I've been successful in business PR and the business of PR, though I possessed less of a formalized, complete understanding of the business of business. The process of getting the MBA (more so than the degree itself) is a means to even out the peaks-and-valleys in my professional (there's that word again) topography.

During this process, I promise not to 1) obsessively append "MBA" to my name on email signatures, business cards, etc., 2) quote from Michael Porter (who has already cast too-long-a-shadow on two of my first three classes), or 3) generally end up spouting what Bishop John Henry Newman called the "elegant imbicility" that higher education too often imparts.

So, that's it. Watch this space for updates.

(The above tie and others available at Zazzle.)

My latest contribution to the Edelman Digital site is an interview with Robert French:

There are many college instructors and professors who have brought social media principles and techniques into the classroom, though few have integrated it as early or as thoroughly as Robert French of Auburn University (@rdfrench on Twitter).

I spoke with him about entry-level jobs in PR, internships, and the experience of running PROpenMic, a Ning-based social network for PR students, faculty, and practitioners.

Read the rest over at EdelmanDigital.Com.