I have a piece up on the day-job site entitled "The Big Thing Companies Get Wrong About Online Behavior Policies."

Face it: The number of employees who wake up in the morning and say, “My company’s reputation is a chief decision variable for what I’m going to post online today” is very small. (If you are the type to visit this site regularly, you are probably a member of this tiny group. Congratulations.) This is something that no policy will change — and it takes vast amounts of arrogance to think it will.

The way mechanisms and institutions of control attempt to come to terms with online communities is a passion of mine.

Post-publication, I had an additional thought about the SEC's recent "Netflix Patch" with regard to fair disclosure of material information on social media.

It's easy for folks to look at this announcement as the death of the wire services. But here's one thing those services offer that, say, an IR blog or a corporate Facebook account does not: data integrity. You transmit that earnings announcement on a wire service and, short of an additional transmission, you can't really modify what you've said--that toothpaste has left the tube. You put up a Tweet, it can be deleted. A Facebook post can be modified. It takes more sophistication than the average investor has to determine what occurred to the original post. There isn't a lot of confidence, then, that what you saw was the same thing that someone else did.

This highly important point is relegated to the second-to-the-last paragraph in an eight-paragraph announcement from BusinessWire.

Still, I don't really expect this advantage to last very long. Just as we have certificate authorities for domain validation and such, I could see something similar for certifying the reliability and permanence of content on a company's owned and social Web presences.

What Does the SEC Social Media Disclosure Ruling Mean for Investor Relations?

Had the great fortune of working with Jeff Zilka and Rich Myers from Edelman's Financial Communications and Investor Relations team on this analysis of the SEC's recent decision about social media and material disclosure.

On April 2, 2013 (a date perhaps chosen to avoid a misunderstanding), the SEC issued clarification about social media’s role in disclosure. This was in response to a controversial Facebook post by Netflix CEO Reed Hastings, who posted the achievement of a business milestone on Facebook. This sparked renewed debate about the topic of what constitutes “disclosure” on the social Web.

The intersection of online citizenship, corporate communications, and regulatory pressures represents the most exciting area of our industry today.

Featured in The New York Times Regarding Employee Online Behavior

I'm featured in a virtual roundtable this week in The New York Times' "Room for Debate". The topic is a favorite of mine: employee online behavior.

Business in the information age is, in large part, governed by Industrial Age rules intended to restrain J.D. Rockefeller, J.P. Morgan and so on — bit-and-byte realities wrestling with concrete and steel legacies. It will prove interesting to see these laws and policies applied to corporate social media governance.

Even if a company did not create a “don’t act stupid” policy, it could easily fire or discipline its employees for posting inappropriate photos to Facebook or disclosing proprietary information on Twitter. Employees, in turn, should know that their conduct in public – including social media accounts visible to outsiders – can expose them to career repercussions.

More On Netflix & The SEC

The folks at ComplianceX appear to agree with me:

The post on Facebook was available immediately to over 200,000 subscribers to Hastings’ Facebook account. It is also not clear how many of these subscribers are Netflix investors or equity analysts. It is clear however that posting on Facebook removes any advantage for the equity analysts and professional traders who monitor the press releases closely.

If the SEC goes forward with this action against Netflix, it will signal that they are trying to restrict, not expand the sources that investors have for obtaining information about companies. This is exactly the opposite of what they should be doing.

See my previous post on this topic for context.

Netflix CEO Reed Hastings posted the following on the company's Facebook page in July and it recently earned him the ire of the Securities & Exchange Commision:

Netflix monthly viewing exceeded 1 billion hours for the first time ever in June.

I'm no expert in securities law, but it seems to me that the case for materiality here is fairly weak.

An analyst mentions in the related Reuters piece that this post caused the stock to go up from $70 to $80 that day, so of course it was "material". I see at least three things wrong with this argument.

What this drives home is the fact that the regulatory agencies still run things based on rules meant to restrain the likes of Morgan, Rockefeller, Carnegie, and the like. Any adaptations and modernizations have amounted to just so many crufty, hastily applied patches.

Some smart commentary on this is available at AllThingsD.

Yes, Lawmakers. Do Be Careful

Lawmakers are tiptoeing around issues that could tick off tech heavyweights such as Google or Amazon. They don’t want a legislative misstep to trigger the same kind of online revolt that killed the Stop Online Piracy Act in the House and the Protect IP Act in the Senate in January.

Given the choice between a powerful government and a powerful technology community engaged in free enterprise, I'll take the latter.

Reminded of the Thomas Jefferson quote: "When the people fear their government, there is tyranny; when the government fears the people, there is liberty."

FTC Should Walk Away from Journalism Discussion 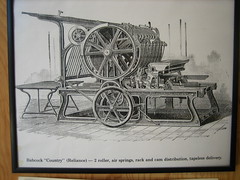 Over at the old blog, I wrote that the news media, despite its problems with its business model, should not seek help from the government. To do so would be to bring American media to the level of countries we rightly criticize.

I continue to follow this topic with interest, noting during breaks in the Memorial Day celebrations that Mark Tapscott and Jeff Jarvis have published their similar positions, warning of the dangers of FTC involvement in journalism.

I'd love to be able to say that there's nothing to worry about, since heavy government involvement in the news media wouldn't survive a Constitutional test. Unfortunately, all branches of government—and, more damnably, the citizens they supposedly serve—appear to care little about the powerful restraints on government power this founding document describes.

They say that citizens in a democracy get the government they deserve. As to the journalism we deserve? There's one word for a government-controlled media: propaganda. 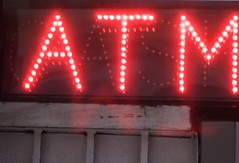 Frankly, I wouldn't trust the average politician with my garage-door opener, to say nothing of a device that 1) involves computing technology, and 2) dispenses money on-demand.

Sen. Tom Harkin (D-Iowa) has long pushed an amendment to limit those pesky and expensive transaction fees at automated teller machines, but his fellow senators didn't go along with the idea this week.

One possible explanation: Quite a few of Harkin's aging colleagues appear to have little or no contact with the decades-old technology of cash machines. 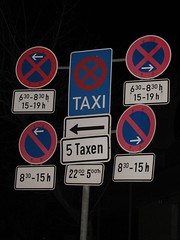 As you might guess from an earlier post, I'm thrilled that Silicon Valley companies are taking a stand against regulators and blogging about their interactions with FTC investigators.

From The Wall Street Journal:

Many of those who have spoken with FTC investigators say they appear to be building a case that Google's purchase of AdMob would harm mobile-applications developers. Under that theory, the companies that create programs that appear on the iPhone and other handheld devices would have fewer mobile ad networks to choose from when trying to make their work pay.

If that is the FTC's case, then the fact that so many developers are publicly opposing a challenge to the deal could pose a problem for the agency. What's more, many of the bloggers have been unflattering about the FTC investigators with whom they have spoken, something Google could use in its defense.

Could all of these disclosures been responsible, in part, for the FTC's eventual closing of its investigation on the day this article came out? (And six months after the investigation started?)

Calling upon government to enforce light-touch, fair-play rules of the game is important, even necessary. However, regulators, in particular, simply do not understand Silicon Valley, technology, and the concept of value creation.

What I'm convinced regulators do understand is the PR value of big, meaty, publicity-significant targets that allow it to tell other companies "We're watching." In many ways, even after closing the investigation, the FTC probably accomplished all that it originally set out to do.