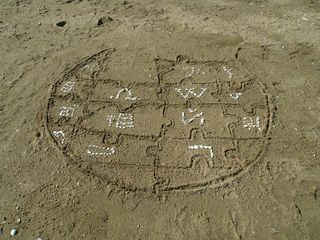 A version of this piece was published on LinkedIn and edelman.com.

Last February, William Beutler, principal of Beutler Ink and publisher of The Wikipedian, convened a meeting of digital leaders from multiple agencies, as well as notable Wikipedia volunteers. The topic: PR’s oft-contentious, well-publicized relationship with Wikipedia.

Today, Edelman joins other agencies — including Ogilvy & Mather, Burson-Marsteller, FleishmanHillard, Ketchum, PNConnect, Peppercomm and Allison + Partners — in affirming a commitment to abide by Wikipedia principles and ensuring that employees and clients do the same.

For me personally, this has been a topic of consuming interest. In short, I believe that public relations people who engage in ethical practice have a lot to contribute to the great public resource that is Wikipedia.

Fortunately, my employer feels the same way. For the last two-and-a-half years, I’ve been allowed time to administrate Corporate Representatives for Ethical Wikipedia Engagement (CREWE), a Facebook group I co-founded to address these issues. For several years, Wikipedia has been the only online destination explicitly mentioned in the firm’s online behavior policy, which I curate.

There are many reasons why I think public relations practitioners will only be as good at online community engagement as they are in participating in Wikipedia. Here are four of them.

1. It Takes Title and Authority Out of Your Communications Toolbox

Like many environments that hew to the hacker and open-source ethos, it isn’t your title, social status, race, gender, creed or religion (or otherwise “bogus criteria”) that gets you in the door — it’s the quality and spirit of your contributions. When you think about it, not even Jimmy “Jimbo” Wales’ status as Wikipedia’s co-founder has as much pull as you think it might in the traditional sense. In fact, one of the most annoying things someone can do on Wikipedia is engage in argumentum ad Jimbonem.

2. You Have to Actually Be Persuasive

I’ve often lamented that public relations practitioners as a group, for a number of reasons, have been slowly losing their ability to persuade — to simplify a complex concept, build an argument, make a case, present it and be responsive to the results. Though you do occasionally run into people on Wikipedia who will neither be made happy nor deign to consider your point of view, this is actually true of any venue. Your chances of success on your company’s behalf jump dramatically if you can construct a cogent and well-supported argument in the full public view that Wikipedia demands.

3. It’s a Test of How Good You Really Are in Online Communities

To be perfectly honest, Wikipedia’s rules can sometimes be labyrinthine and contradictory, as if they were conceived by Franz Kafka on the basis of interrogating Emily Post with sodium pentothal. (Helpfully, if you click on the three Wikipedia links provided for you in that last sentence, that analogy should make sense to anyone.)

So, that’s the bad news. The good news is that, if you master those rules and norms, it’s like swinging two bats in The Great Online Engagement On-Deck Circle — understanding the desired behaviors of other online communities becomes comparatively easier.

4. It Teaches the Value of Maintaining an Ongoing Relationship

Sam Whitmore of MediaSurvey once told me that a company’s relationship to online communities too often takes the form of the average person’s relationship to a neighbor with a pickup truck — the latter only gets contacted when someone needs something moved. If that’s the basis for the relationship, the truck-owner stops taking your call.

Similarly, I believe that a company should be a near-constant presence on the Talk page of its Wikipedia entry, not just when there are errors or disagreements on positioning or emphasis. Better yet, it should think about ways it could contribute to the sixth-most-trafficked site in the world in ways that do not involve a potential conflict-of-interest.

Though it has clearly taken some time to get to this point, these firms certainly don’t believe this announcement is the finish line. We also recognize the statement, by itself, isn't enough — actions count. This is the start of an industry-wide commitment. I hope that the PR industry and Wikipedians take this effort in the right spirit.

Here are some links to coverage about the announcement, as well as how the other signatories talked about the news. I'll be adding to this as coverage continues to pop up.

"When did you stop beating your kids?"

Must Have Been Intern Day

Based in Chicago, Phil Gomes is a senior vice president in Edelman’s Digital practice. This and other essays in this series are expansions of his talk “Hacking Public Relations.” You can review the core principles of this philosophy on EdelmanDigital.com.

Given the attention around BP and Wikipedia, I struck up a correspondence with Brian Merchant at Vice. The result is this interview, which covers a wide range of topics relevant to Wikipedia, corporate communications, online reputation and, of course, CREWE.

The following quote pretty much encapsulates where my head has been at for the past several months:

I think the PR industry in general needs to attain a visceral understanding of hacker and open-source culture if it is going to continue to be meaningful in an always-on, hierarchy-averse, release-early-release-often world.

Look for more thinking from me in this vein. 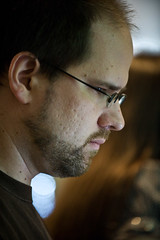 I've been interviewed by Jake Ocaasi about Wikipedia, CREWE, PR and other related matters over at Wikipedia's Signpost newsletter.

We cover the topics of ethics, conflicts of interest, and PR's role in online communities among other topics. 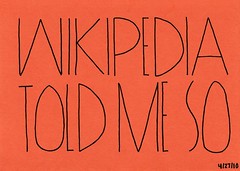